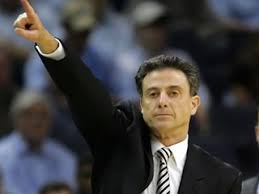 College basketball teams across the nation begin practice in about three weeks, and the season will be here before you know it — just like the NBA.

The major news organizations will be publishing their polls soon enough, but we are getting a jump on them because schools are in session, “informal” practices are already ongoing and a whole new crop of “one and done” players have already discovered that dorm food is never, ever an option.

So without further ado, here is the SheridanHoops Preseason Top 25 for the 2012-13 season.

The skinny: The Cardinals return virtually everyone from last year’s Final Four team, and coach Rick Pitino is expecting big things from newcomer Hancock off the wing.

The skinny: Coach Tom Crean has Indiana back near the top thanks to the return of Zeller, a likely lottery pick had he chosen to leave, and the introduction of a stellar recruiting class.

The skinny: A year after winning it all, Coach John Calipari probably doesn’t have as much talent as he had a year ago. He will have to blend transfers Mays and Harrow in with the talented freshmen, led by shot-blocking sensation Noel and athletic scorer Goodwin.

The skinny: Tom Izzo’s club suffered a blow recently when the 6-7 Kaminski, a freshman forward, was lost for the season due to a torn labrum. The Spartans will have the 6-6 Dawson back from a torn ACL in time for the start of the season. Costello, Harris and Valentine all figure to play key roles.

The skinny: Could this be Jim Boeheim’s last year coaching the Orange? It could be if he elects not to move with his team to the ACC in 2013. Regardless, expect much bigger roles this year for Carter-Williams, a scoring sensation, and Fair, a candidate for Big East Preseason Player of the Year honors.

The skinny: Muhammad is currently being investigated by the NCAA and his fate remains unclear. If he misses only a few games and can then get on the court, he should be one of the most explosive wings in college hoops. If his penalty is longer, UCLA will be missing a key piece and embattled coach Ben Howland could suffer as a result.

The skinny: The Jayhawks lost two huge pieces off their NCAA runner-up team in Robinson and Taylor, but at Kansas they just re-load. Big things are expected from Johnson, Releford and Withey, as well as athletic wings Adams and White. Ellis is a highly acclaimed freshman forward.

The skinny: The Aztecs return their top four scorers in Jamaal Franklin, Tapley, Thames and Rahon, who combined to put up more than 52 points a game last season. Coach Steve Fisher must integrate a slew of transfers and newcomers into an established team.

The skinny: The Blue Devils may actually benefit without having Rivers’ dominating the ball as much anymore. Cook has a year of experience under his belt at the point, and Murphy and Jefferson provide some added elements down low.

The skinny: Roy Williams recently had a tumor removed from his right kidney and hopefully he is OK to coach the season. The Heels lost four starters to the NBA but now it’s time for Bullock, McAdoo, Hairston and a healthy McDonald to shine.

The skinny: If Rosario can rediscover the vast depth of talent he possesses, he and Boynton could be a lethal combination as shooters on the wings. Young figures to be one of the best big men in the SEC, and the Gators have depth down low with Murphy, Yeguete and Casey Prather.

The skinny: Once again, Cincinnati will be in the mix for the Big East title. The Bearcats return a slew of experience and talent led by Kilpatrick, Parker  and Wright. At 7-1, Nyarsuk is the tallest player in program history.

The skinny: With Buford and Sullinger gone, this team will revolve around Craft at the point and Thomas on the wing. Head coach Thad Matta said this week that Thomas is down to 268 pounds and is more agile and must rebound better.

The skinny: The Bears lost three NBA frontcourt players in Acy, Miller and Jones III, but they return their entire backcourt. They return one of the nation’s top point guards in Jackson, the potential Big 12 Preseason Player of the Year. They also return Heslip at the two and Bello and Franklin and Rose. Up front, they return the 6-10 Jefferson while adding elite-level bigs in the 7-1 Austin and the 6-8 Gathers.

The skinny: Coach Buzz Williams dealt with injuries to Gardner and Otule last year, but expects both to be fully healthy year this year. Lockett averaged 13.0 points and 5.8 rebounds last year at Arizona State and should make up for some of the scoring Crowder and DJO took with them to the NBA. (Logo is intentional-CS)

Click here for Teams 16-25, plus five others to watch.