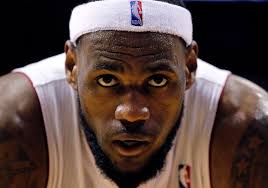 If I had to rank the top four players in the NBA at the current moment, my system for ranking those players would look a little something like this:

If any other team than the Miami Heat or San Antonio Spurs win the NBA Finals at this point it will seem like a big surprise across the league. They are the two teams with the most experience not only in the playoffs, but winning championships and in the finals. The only other collective team to make the NBA Finals still in contention is the Oklahoma City Thunder and they are now attempting to do it without their 2nd and 3rd top scorers from last year in Russell Westbrook and James Harden.

The Bulls and Nets are brutally battling their way back and forth in their first-round series, and no matter who wins, they will be at a complete disadvantage against James and the Heat. If the Nets win, they would have had to come back from a 3-1 deficit and right after winning Game 7, would have to fly to Miami for a quick turnaround Game 1. If the Bulls win the series in 6 or 7 games, the pain would have already been assessed by not finishing off Brooklyn in five while Miami waited in South Beach. 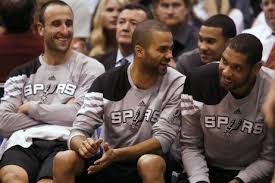 Same goes for the other side of the bracket, the Spurs, who swept the Lakers, are sitting back awaiting the winner of the Nuggets and Warriors series. Right now the Warriors are leading the series 3-1 and are going back to Denver for a pivotal Game 5. The cases are very similar for Miami and San Antonio when it comes to their paths to the Finals. The Warriors and Nuggets are banged up teams who are missing key players and All-Stars and no matter who survives this series, the Spurs will be healthier and have a distinct advantage.

When it comes to the futures market and how some of the odds have changed since we did our first “Eight Pillars” piece on 2/28 and our second on 4/2, the Heat have lead the race the entire way and have now crossed over to the other side:

If you look strictly at the odds, the biggest threat to the Miami Heat is obviously the San Antonio Spurs when it comes to the NBA Finals (5.9/1) and it is the New York Knicks (17.5/1) when it comes to the Eastern Conference. If there was one key to playing the NBA futures market through the Regular Season and the Playoffs, it has to be timing. There are very few dominant teams like the Heat, whose odds may never go much higher based on losing a game or two in the playoffs.

Let’s take the Denver Nuggets as an example. A run and gun offensive team whose odds never exceeded 35/1 and basically decreased all the way up to the beginning of the playoffs is now down 3-1 and a 100/1 underdog to win the NBA Championship. Even when Denver was down 2-1, their odds to win the title virtually mirrored their futures ceiling for the entire season. 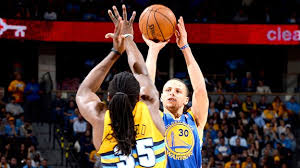 Certain freak occurrences like trades and injuries can move odds on the futures market, some of the time on thin air, but a lot of the movement has to do with time elapsed in the full season of the sport. Depending on how you have decided to “attack” the futures market will depend on how you particularly see the odds. Every team who does not win the NBA Championship will at one point or another have better odds to win it all than they did earlier in the season (a large percentage that is).

When you begin to talk about attempting to beat the Heat four times in seven games you have to understand they have only lost back to back games 13 times in the past two full seasons. Since LeBron lost Game 5 of the Eastern Conference Finals against the Celtics last year, the Heat are 76-17 (81.7%) overall and 38-3 since the first day of February, 2013. Miami’s only three losses in that span came against the Chicago Bulls, Indiana Pacers and New York Knicks. When looking at the odds of potential NBA Finals matchups, eight of the top nine include either the Miami Heat or San Antonio Spurs, with the one exception being a Knicks/Thunder potential showdown at number five. 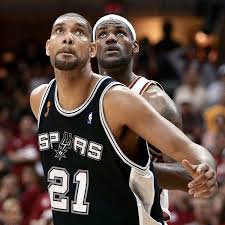 One of the glaring statistics when talking in favor of the San Antonio Spurs advancing deep into the playoffs has to do with pace. According to Team Pace (which is a statistic that uses field goal attempts among other statistics to create a pace for every NBA team), the Spurs have the 6th quickest pace in the league, which is 1.9 points above league average. Among the teams in the top 15 in Team Pace, only the Spurs and Thunder also have a Defensive Efficiency under 100, with the Spurs still .03 points better than the Thunder when they still had Russell Westbrook.